“With a heavy heart we have to tell you that ‘1899’ will not be renewed,” Odar wrote. “We would have loved to finish this incredible journey with a second and third season as we did with ‘Dark.’ But sometimes things don’t turn out the way you planned. That’s life.”

“We know this will disappoint millions of fans out there. But we want to thank you from the bottom of our hearts that you were a part of this wonderful adventure,” the statement continues. “We love you. Never forget.”

The show was a legacy of “Dark,” which Adar and Friese had created and which became a huge international success for Netflix in 2017. Friese and Odar signed an overall contract with Netflix for the show’s three seasons after it became a hit, marking the company’s first arrangement of its sort in Europe. The agreement’s first fruit was the creation of the now-canceled show ‘1899’.

No idea what Netflix’s board of directors was thinking. This show ‘1899’ made it into the top 10 at number 2, and yet it was cancelled. Were they expecting it to reach No. 1? 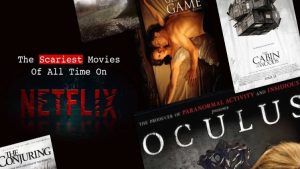