China plans to send monkeys to the new Tiangong Space Station in order to study how they grow and reproduce in zero-gravity conditions. Scientist Zhang Lu, who leads the scientific instruments for the space station, was quoted in the South China Morning Post as saying that the research would take place in space station’s largest module, which would be used for life science experiments.

According to Mr. Zhang, after studying smaller creatures such as algae, fish, and snails, “some studies involving mice and macaques (monkeys) will be conducted in order to determine how they grow or reproduce in space.” In his opinion, these experiments will contribute to a better understanding of how organisms adapt to microgravity and other space environments.

Researchers noted, however, that conducting such studies on complex living forms such as rats and primates still presents a number of challenges. During the Cold War era, Soviet researchers were able to overcome the physical challenges and get mice to engage in intercourse during an 18-day space journey. However, none of them gave birth after returning to Earth, and no signs of pregnancy were present.

Read: The Timezone For An Area In India, Taimara Ghati, Mysteriously Changed To 2024

According to Kehkooi Kee, a professor at Tsinghua University’s school of medicine, the challenges of conducting a life sciences experiment in space increase exponentially with the animals’ size. According to the outlet, the astronauts will have to take care of them and feed them.

Some previous ground experiments also suggested that the absence of gravity could damage testicles and other reproductive organs, resulting in a significant decrease in sex hormone levels.

However, Mr. Kee noted that large animals, especially monkeys, have more in common with humans, and that as more nations plan for long-term settlements on the Moon or Mars, “these experiments will be necessary”.

Read: Tom Cruise Is Set To Make His Next Film In Space 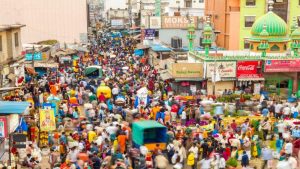