In a study published in PLOS Medicine, researchers found that people who continued their sleep pattern during their sixties and seventies, consisting of less than five hours of sleep, were 30-40% more likely to suffer from multimorbidity or be diagnosed with two or more chronic diseases in comparison to those who got enough sleep at the same age.

Over 7,000 men and women at the ages of 50, 60, and 70 were studied in the Whitehall II cohort study to evaluate the impact of sleep duration on health. According to the study, chronic disease diagnosis is 20 percent higher for people who sleep for five hours or less at age 50.

During the study, scientists examined sleep duration, mortality, and whether participants suffered from two or more chronic diseases over the course of 25 years, such as diabetes, cancer, and heart disease.

“Multimorbidity is on the rise in high income countries and more than half of older adults now have at least two chronic diseases. This is proving to be a major challenge for public health, as multimorbidity is associated with high healthcare service use, hospitalisations and disability.

“As people get older, their sleep habits and sleep structure change. However, it is recommended to sleep for 7 to 8 hours a night – as sleep durations above or below this have previously been associated with individual chronic diseases. “Our findings show that short sleep duration is also associated with multimorbidity.

To ensure a better night’s sleep, Saabia advised, “You should maintain good sleep hygiene, like keeping your bedroom quiet, dark, and at a comfortable temperature before you go to sleep.” “You should also avoid large meals before bedtime, as well as exercising and being exposed to light during the day to promote goodsleep.”

Aside from observing the short duration of sleep, researchers also examined the association between long sleep hours and health outcomes in healthy people. Long sleep hours at age 50 did not result in a significant correlation between multimorbidity and health. Researchers found, however, that if you have a chronic illness already, then you are 35 percent more likely to develop another if you sleep too much.

“Getting enough sleep allows your body to rest.” As well as increasing inflammation and increasing blood pressure, poor sleep could increase the risk of heart disease and stroke.

“This research adds to a growing body of research that highlights the importance of getting a good night’s sleep.”

It should be noted that the data collected in this research were self-reported by the participants, and therefore there is a potential for reporting bias. However, the research findings were also validated by electronic measurements of 4,000 participants’ sleep.

The study only recruited civil servants who were already employed at the time of recruitment and who were also generally healthier than other people. 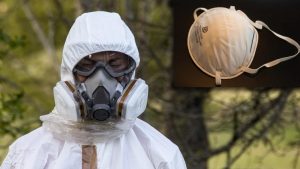 Everything You Need to Know About Respirators Clear Skin 101: Tips to Achieve Your Model Look at Home